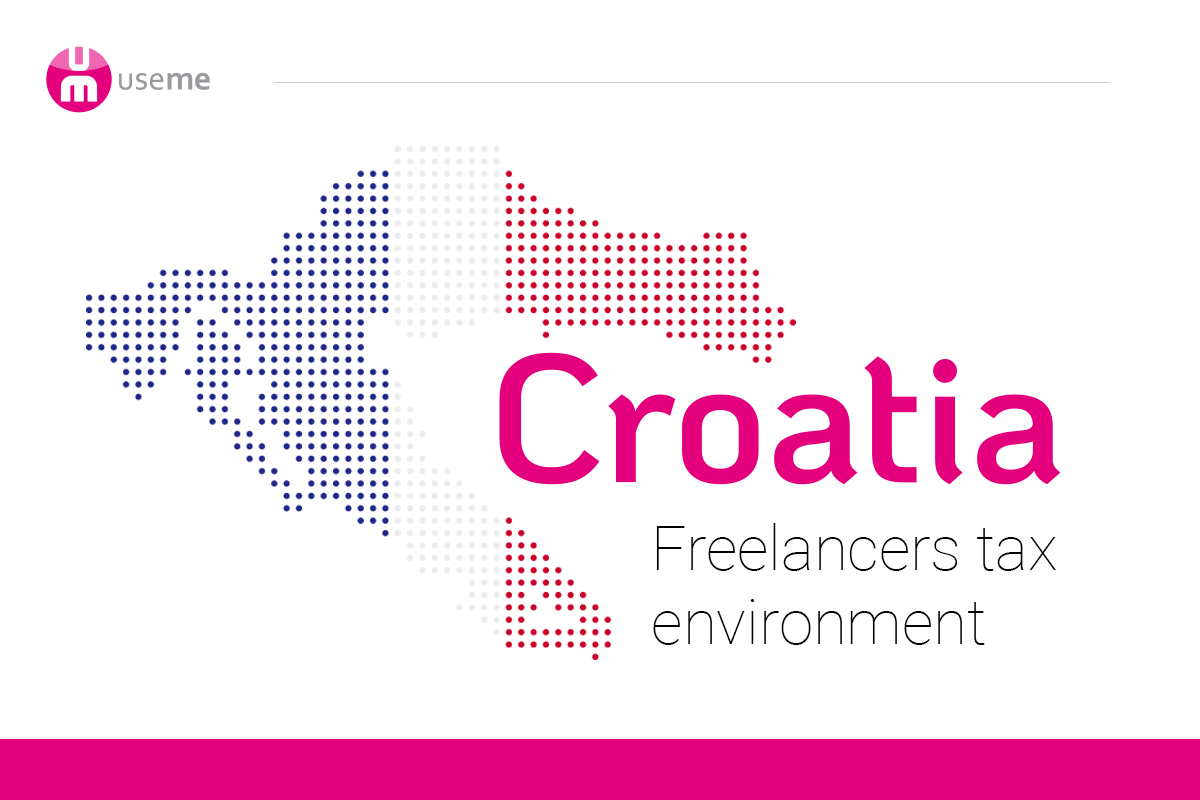 The beautiful coastal country, which has become the set for the shooting of Game of Thrones, is home to over 4 million inhabitants. Considering such a small population, there are relatively many remote employees.
Data from 2018 say about 5,300 freelancers registered on popular websites. However, we guess that there are actually many more there. Why is that? Because the tax system provides good conditions for the development of a flexible labor market, just like in Poland or Macedonia.


A contract for specific work in Croatia

A contract for specific work (‘ugovor o djelu’) makes it possible to freelance without registering a business.
There are several types of contracts in the Croatian tax system that support the relationship between an employer and a person hired to perform a specific task. We are interested in three of them: a basic contract of specific work, a contract with copyright transfer, a contract with an artist. By entering into one of these, we can account for any type of freelance work. Taxwise, the difference between them lies in the rates of so-called statutory tax-deductible costs. These costs reduce the tax base (more on that later in the text).


Are social contributions for contracts of specific work in Croatia compulsory?

The only downside of these agreements (though significant) is that both parties are obliged to pay social and pension contributions. Contributions are divided into two groups - those paid by the employer and those paid by the employee. So it is a solution similar to a contract of employment, i.e. the total cost on the employer's side is bigger than the gross amount on the contract. How much bigger? Exactly 7.5%. In turn, the employee pays a total of 10%, calculated from the tax base. In total, this is not so much money, if compared with tax systems in many Western European countries.

The employer's obligation is to calculate pay the 24% income tax to the state. Some relief is the fact that the basis for calculating the income tax is the gross amount less social contributions on the employee's side and less statutory tax-deductible costs. The latter is simply a predetermined percentage by which the gross amount in a contract is 'artificially' reduced for tax purposes. The effective tax rate will, therefore, be slightly or even significantly lower, as in the case of contracts with the transfer of copyright and with artists.

Based on the data in the table (available in the full version of the report), it is easy to calculate that the effective tax rate for such contracts is 31.6%, 22.13% and 14.24%, respectively.

A similar system, where copyright transfer agreements are more favorable, works also in Bulgaria and Poland (in Poland 50% tax-deductible costs apply to such contracts.


Self employment in Croatia

Continuous conclusion of civil contracts with clients is always an additional bureaucracy, paperwork, as well as additional costs for the clients' accounting office. And, perhaps most importantly, one of the sides must bear the costs of social security contributions that are paid by the employer (7,5%). All this means that many people decide to open a company. That makes it very straightforward to settle accounts with customers using invoices. It is easier and more cost-effective, especially for the employer.

If a person decides to become an entrepreneur, he has several options to choose from. The most advantageous taxwise for freelancers is self-employment ('paušalni obrt') on special, simplified tax rules. This scheme can be used by people earning less than HRK 300k / year (EUR 40.3k). In addition, people who simultaneously work full-time will not bear the full cost of social contributions, and as a result, their profit will be even higher.

For self-employment and incomes up to EUR 40k, social and pension contributions are a fixed amount, and income tax is a progressive lump sum.

This tax scheme characterises something rare in European business taxes. While the idea of ​a constant amount of social contributions is something known, income tax is rarely seen as a lump sum. Here, no matter how much the Croatian freelancer earns - he will always pay exactly the same amount as taxes.

This makes this system similar to "KATA" that we know from Hungary. The advantage of both is simplicity and the fact that they motivate to increase income, because the subsequent money earned is not only not taxed higher, but not taxed at all.

Of course, such a construction, where tax charges are fixed and do not increase proportionally to the scale of the business, also leads to abuse. It is based on the fact that full-time employees have a financial incentive to switch to self-employment – this way they will simply take more money home.

In the full version of the report, you can find a table with detailed information for the self-employed. There are income thresholds and the corresponding taxes and social contributions. It is clear that in the best situation are people who are simultaneously employed full-time - they pay social contributions that are many times lower. Running a company is simply very cheap for such a person.


Is the Croatian tax system attractive to a remote employee?

When weighing the costs and benefits, it should be noted that the Croats have developed an interesting and flexible system. It is critical that the law does not force freelancers to set up a business. If a person is not sure of their source of freelance income, they can legally and without major problems settle accounts with the employer through civil contracts. The small scale of activity and unwillingness to run a business will simply mean that you will pay more to the state in taxes.

On the other hand, a person who is sure of their earnings has the possibility of self-employment on simple terms. It consists in paying fixed taxes to the state budget (without the possibility or even the sense of deducting costs, and without the need to hire an accountant). Are these tributes high?


Croatia - a paradise for high-earning freelancers

Take for example a person earning around EUR 1000, which is more than the average net salary in Croatia (about EUR 880). This gives approx. 89 000 HRK per year. Adding taxes and social contributions from the table (the table is available in the full version of the report), for this income range we receive HRK 16,763 per year or EUR 2,250. The monthly fixed business taxes will, therefore, be EUR 188. Is that a lot? Depends on whom. For someone who has trouble generating profit every month the obligation to pay taxes as a lump sum will definitely be stressful.

Now let us consider the example of a programmer. For them, such a tax scheme will be simply excellent, and certainly one of the most advantageous in Europe. Why? Because such a person will pay an extremely low-income tax to the Croatian state. It is only between 2.1% and 3.3%. Although this percentage is in relation to revenues (not to profit), in the case of remote employees, profit is more or less equal to income anyway (because the cost of running such a business is marginal).

For comparison, freelancers from most countries of the Old Continent are paying both social contributions and income tax on a scale proportional to income. It can be up to half of the invoiced amount.

It should be added that the pension contributions paid in this amount will not provide the entrepreneur with a decent pension.
Another downside is also the lack of tax-free allowance, both for civil contracts (contract for specific work) and in the self-employment situation.


Do you need to know more?

There’s more to find out. Particularly about:

Download a full report about taxes for freelancers in Croatia.

Do you need to hire a Croatian freelancer?

Do you have a remote worker from Croatia or are you pondering how to legally hire one? Consider Useme - with us the whole HR process is completely non-engaging and thus simple and trouble-free for both sides.
Propose your remote co-worker to issue an invoice as an individual or use our API to account a whole team of Freelancers. Useme will take care of the formalities, payment security, transaction history, file storage and more.